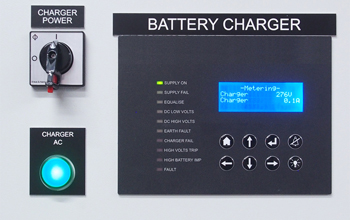 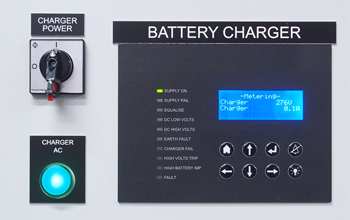 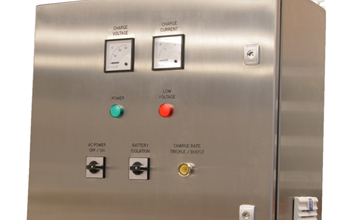 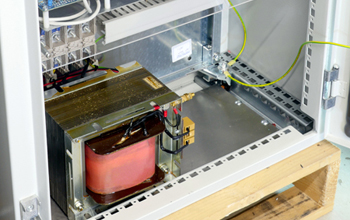 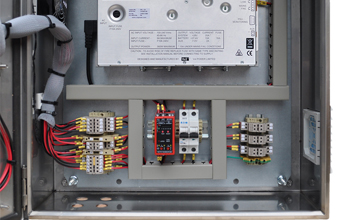 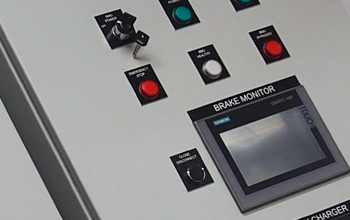 The Battery Charger converters the 240VAC input into a 272 DC voltage connected in parallel to the load of the brake coils to trickle charge the batteries when not in use. There is also a 2 hour boost function which will increase the charge voltage to 286VDC. The maximum charging current will be 6A allowing for a controlled and reliable charge.

The Battery Switchover circuit comprises of a contactor which is energised in normal operation and holds the batteries off the brake coils by means of various sensing and control relays. In the event that the Brake Controller Assembly loses power or the Driller activates the emergency stop, or if the BMU detects a signal mismatch the contactor will de-energise and the batteries will be connected to the coils. The Battery Switchover also has a monitoring circuit/control circuit which automatically opens a battery isolation switch after 3 minutes of battery operation or if the battery voltage drops below a safe value to protect the batteries from damage due to deep discharge.